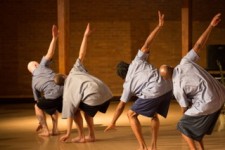 That Moment When Art Upends Conviction

Art can take you to unexpected places. A few weeks ago it took me to the Marion Correctional Institution (MCI) where I was invited to attend a TEDx event called Art & Conviction. For two hours I listened to presentations,…

Weekend Warriors: Leaping into Spring With BalletMet and More

By Lacey Luce It’s Wednesday, otherwise known as the day I start plotting my weekend—‘cause, let’s be honest, the weekend really starts on Thursday (aka baby Friday). First let’s get the obvious out of the way. As I write this,…

Weekend Warriors: Our City Has So Many Alternatives

By Lacey Luce I love the word alternative. It warms my rebel heart. As such the whole concept of Alternative Fashion Week (AFW) speaks to me. It is so much more than a runway show. The fine people running this event…

By Lacey Luce Last week I wrote about my happy plans to see “A Chorus Line.” It was everything I had hoped it would be and more. The show runs until April 26, so there’s still time to support this…

By  Lacey Luce “A Chorus Line” opens at the Garden Theater on Thursday, and I’m not sure I can adequately express how furiously happy this makes me. Once upon a time, when I was a high school junior, I auditioned… 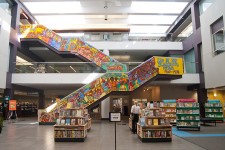 Public Art: The Soul of a City

I’ve been thinking a lot about public art lately—how it makes me feel, how it improves our community, and the enormous impact it has on our city’s identity. From towering letters that literally spell ART, to the Aminah Robinson mural…