By Lacey Luce There are a lot of reasons to love our fair city, but I’m going to focus on four that are relevant to this blog ONE: Unique Film Experiences We are at a sweet spot for film—not just…

By Lacey Luce I am a rabid Joss Whedon fan. Fellow fans may have noted that I occasionally pepper this blog with quotes from the Whedonverse (I did it just for you). So, my obsession right now is Dr. Horrible’s…

The Power of Art is Not Always Comfortable, And That’s a Good Thing

Art has the power to transport us out of the day-to-day—to give us a break from reality. It can lift us up, make us happy, and entertain us. Paradoxically, art is also a powerful conduit for facing harsh realities. It…

Weekend Warriors: Seven Ways to Chill Out This Weekend

By Lacey Luce Honestly, I’m not feeling very weekend warrior-y. I have friends who can have their whole weekend (baby Friday included) packed with awesome plans, and they thrive on that. Me?  I occasionally need to go into hermit mode… 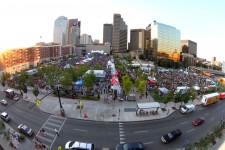 Weekend Warriors: The “SQUIRREL!” Approach to Finding Stuff To Do

By Lacey Luce I’m easily distracted. And today as I search through the many options of fun stuff to do, I’m jumping from one shiny object to the next. For the purpose of this blog, however, I’m forcing myself to… 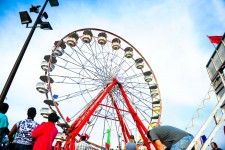 By Lacey Luce I have a family reunion this weekend, and there will be a lot of wee ones there. I am not known as a “kid person.” Don’t get me wrong, while I may not want kids of my…

Weekend Warriors: Out and About on a Budget

I’m broke. I pretty much lived July as if every day were “treat yo’ self day” and now I’m looking at a very sad bank balance. My guess is most people know how this feels once in a while (unless… 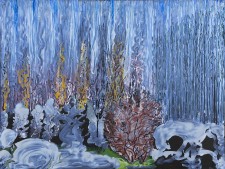 Weekend Warriors: Making the Most of Summer

By Lacey Luce Hello my name is Lacey and I am a U2 fan. After Apple’s big forced-download fiasco, hating U2 seems to be then next hip thing. I, however, am no fair-weather fan. I loved them on the Joshua…

By Lacey Luce Ever have one of those awesome weekends where everything just falls into place? That was me last weekend, and now I’m a little worried that I’ve set the bar too high. This is my birthday week, will…

I’ve got a problem (well, some would say  more than one, but we’ll focus on the one that’s relevant). Baby Friday kicks off with two events that I really, really want to go to but they are scheduled at the…