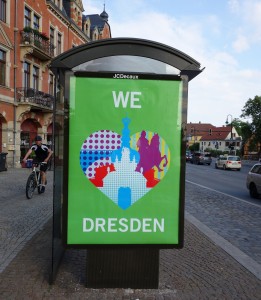 Laura Alexander was one of two artists to receive international artist residencies this year in Dresden, Germany on behalf of the Arts Council’s Dresden Residency Program.

With its layers of intricately cut paper, Alexander’s work is both playful and precise.  Combined with the manipulation of light and shadow, its labor-intensive craftsmanship is aimed at creating a sense of wonder.  Alexander received a BFA from the Maryland Institute College of Art and an MFA from the University of Washington, Seattle. She has shown her work nationally in spaces such as the Henry Art Gallery, Seattle; Grand Rapids Museum of Art, Columbus Museum of Art and The Museum of Design, Atlanta. In 2011, Alexander placed 7th at ArtPrize in Grand Rapids. She is represented by Soho Myriad in Atlanta, Georgia and Roan & Black in Saugatuck, Michigan. She is a recipient of a 2012 Arts Council Visual Arts Fellowship.

Follow Alexander’s blog, cutwhitepaper.tumblr.com, and read about her adventures during her residency this summer.