The Arts Serve as a Powerful Connector for People with Disabilities 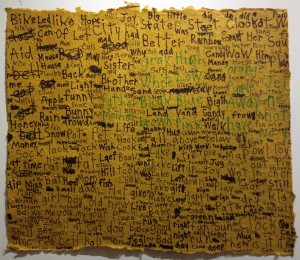 This spring I heard Erin Hoppe from VSA Ohio, the state organization on arts and disability, testify about the Arts and Autism in Ohio initiative, which was created in partnership with the Ohio Arts Council. This one-of-a-kind, groundbreaking, statewide initiative is working to make arts education more accessible to Ohioans with Autism Spectrum Disorder and other sensory and developmental disabilities.

To do this of course means doing research on the needs of not only people with ASD but also the needs of their families and educators. It is also important to understand the current barriers that exist to getting these resources out to the people. 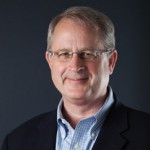 Autism now affects one in 68 children, and is almost five times more common in boys. Autism crosses all racial, ethnic, and socioeconomic groups.

What really grabbed my attention as Erin spoke were the stories about how the arts have impacted people and families affected by ASD. All the stats in the world don’t match up to the emotional impact of hearing about the human experience.

That day she talked about children with ASD who are unable to communicate or connect via traditional means. Can you imagine how frustrating that would be for both child and parent? As it turns out, for many facing this challenge, the arts provide a way to bridge that divide. 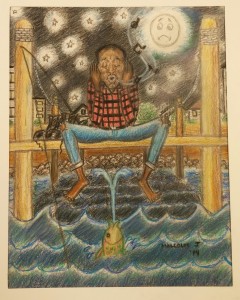 Malcolm J, Sitting on the Dock of the Bay (winner of the professional artist category sponsored by the Greater Columbus Arts Council)

Art may be one of the strongest keys to unlocking the thoughts, emotions, and needs that a person with autism often struggles to convey. Through arts education and practice these children find ways to express themselves and communicate with the people who love them.

One of VSA Ohio’s many programs is the Accessible Expression Ohio touring exhibition, which will be hosted by the Ohio Arts Council’s Riffe Gallery starting June 2. The exhibition has several more stops and I encourage you to check out their website and see the exhibition while it’s on tour.

— Tom Katzenmeyer Keep up with Tom’s adventures on Twitter: @tomkatzenmeyer