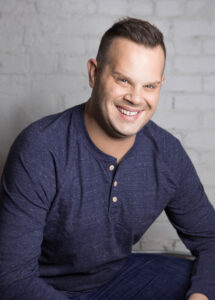 The annual award from the Raymond J. Hanley Fund at The Columbus Foundation is given to an artist who has demonstrated a high level of achievement while working at least five years in the arts in any discipline. The award money of $15,000 is given without restriction, so that the artist can use it to further his or her career as needed. The winner is selected by an anonymous panel of judges.

Levitt’s drag career started in Columbus in 2001. He’s performed extensively all over the city, including the popular annual “Heels of Horror” show at Axis Nightclub. Levitt earned international acclaim as Nina West after appearing on the 11th season of RuPaul’s Drag Race, where he finished in sixth place and was crowned Miss Congeniality. He returned for the first season of RuPaul’s Secret Celebrity Drag Race in 2020.

A drag performer, activist, actor, singer-songwriter and philanthropist, Levitt has performed in dozens of stage productions in Columbus and across the country, including his current run starring as Edna Turnblad in the national tour of Hairspray. He narrated the Oscar-shortlisted animated short “Coaster,” voices a character in the Comedy Central web series “Loafy” and hosts the “Drag Cast with Nina West” podcast. In 2019, Levitt made television history as the first person to walk the Emmy “purple carpet” in drag at the 71st Emmy Primetime Awards. Levitt has also released an EP of children’s songs entitled “Drag is Magic” and a comedy EP titled “John Goodman.” Levitt authored the forthcoming children’s book The You Kind of Kind and is featured alongside Daniel Radcliffe in the soon to be released Roku film, WEIRD: The Al Yankovic Story, where he plays the iconic drag star Divine.

Through the Nina West Foundation, established with the Columbus Foundation in 2015, Levitt has raised more than $2 million for nonprofits and charities, including ACLU of Ohio, Dress for Success, Equitas Health and Kaleidoscope Youth Center.

Levitt will be honored at the Greater Columbus Arts Council’s Big Arts Night on Thursday, Nov. 3 at the Southern Theatre and Westin Great Southern Hotel. Visit https://my.cbusarts.com/4672 to reserve your free seat now!

The Raymond J. Hanley Fund at The Columbus Foundation was created by past chairs of the Greater Columbus Arts Council (GCAC) board upon Hanley’s death in 2006. It is administered by GCAC and continues the spirit of advocacy and partnership that GCAC has encouraged since its inception.

Mission of the Greater Columbus Arts Council: To support and advance the arts and cultural fabric of Columbus. www.gcac.org

For translations of this release and other pages, please see the dropdown menu at the top right corner of gcac.org.